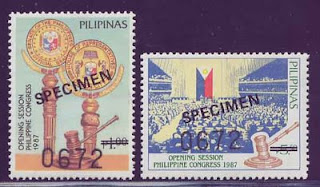 
“Ahem, Senator Revilla,” what is the knock-knock for today?”


“Ah… ah… Speaker Sotto, I think the implication of the delegation is the legislation of exhibition in television; furthermore…”

Posted by William Pogi Chua at 2:23 AM No comments: 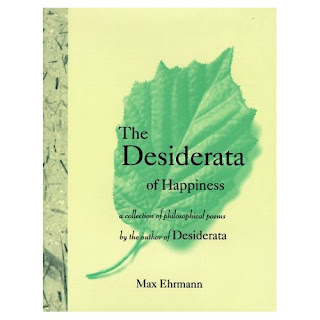 The Desiderata of Happiness
1995 edition

I planned to write a blog about this wonderful and popular free verse, but I found Wikipedia had said all I intended to say. So I'm just reprinting here pertinent portions of the Wikipedia article.
***

Desiderata (Latin: "desired things", plural of desideratum) is a 1927 prose poem by American writer Max Ehrmann (1872-1945). The text was largely unknown in the author's lifetime and became widely known after its use in a devotional.

Some time around the year 1959, Reverend Frederick Kates, rector of Saint Paul's Church in Baltimore, Maryland, included Desiderata in a compilation of devotional materials for his congregation. The compilation included the church's foundation date: "Old Saint Paul's Church, Baltimore A.D. 1692." The date of the text's authorship is widely mistaken as 1692, the year of the church's foundation.

When Adlai Stevenson died in 1965, a guest in his home found the Desiderata near his bedside and discovered that Stevenson had planned to use it in his Christmas cards. Subsequently, the poem became widely known as having been found at Saint Paul's Church of Baltimore – but confusing the date of the church's foundation as the date of the text's authorship.

The text was widely distributed in poster form and in late 1971 and early 1972, Les Crane's spoken-word recording of Desiderata peaked at #8 on the Billboard chart and No. 6 on the UK Melody Maker's chart. The makers of the record assumed that the poem was too old to be in copyright, but the publicity surrounding the record led to clarification of Ehrmann's authorship and his family eventually receiving royalties.

In August 1971 the poem was published in Success Unlimited magazine, again without authorization from Ehrmann's family. In a 1976 lawsuit against the magazine's publisher, Combined Registry Company, the 7th Circuit Court of Appeals ruled that copyright had been forfeited because the poem had been authorized for publication without a copyright notice in the 1940s – and that the poem is therefore in the public domain.

On August 26, 2010, a bronze statue of Max Ehrmann sitting on a park bench was unveiled in Terre Haute, Indiana, his hometown, with the sculpture done by Bill Wolfe. On a nearby walkway, some lines of the poem are also available to be read by passersby.
***

Go placidly amid the noise and haste,
and remember what peace there may be in silence.

As far as possible without surrender
be on good terms with all persons.
Speak your truth quietly and clearly;
and listen to others,
even the dull and the ignorant;
they too have their story.
Avoid loud and aggressive persons,
they are vexations to the spirit.

If you compare yourself with others,
you may become vain or bitter;
for always there will be greater and lesser persons than yourself.

Enjoy your achievements as well as your plans.
Keep interested in your own career, however humble;
it is a real possession in the changing fortunes of time.
Exercise caution in your business affairs;
for the world is full of trickery.
But let this not blind you to what virtue there is;
many persons strive for high ideals;
and everywhere life is full of heroism.

Be yourself.
Especially, do not feign affection.
Neither be cynical about love;
for in the face of all aridity and disenchantment
it is as perennial as the grass.

Take kindly the counsel of the years,
gracefully surrendering the things of youth.
Nurture strength of spirit to shield you in sudden misfortune.
But do not distress yourself with dark imaginings.
Many fears are born of fatigue and loneliness.

Beyond a wholesome discipline,
be gentle with yourself.
You are a child of the universe,
no less than the trees and the stars;
you have a right to be here.
And whether or not it is clear to you,
no doubt the universe is unfolding as it should.

Therefore be at peace with God,
whatever you conceive Him to be,
and whatever your labors and aspirations,
in the noisy confusion of life keep peace with your soul.

With all its sham, drudgery, and broken dreams,
it is still a beautiful world.
Be cheerful.
Strive to be happy.

http://www.youtube.com/watch?v=TCRzaG19wJE
Posted by William Pogi Chua at 2:46 AM No comments: