were issued in 1956 to commemorate the 350th anniversary of the institution, which was founded on April 28, 1611. So the stamps came out five years early. A veteran dealer explained that a UST rector, an avid philatelist, could not wait till 1961 and wanted to see a set of stamps for the University.

The 1956 UST set is beautiful. They are engraved.
Then in 1971 another UST set was printed, to commemorate the 100th anniversary of the Colleges of Medicine and Pharmacy. 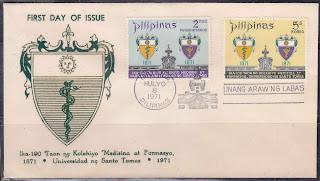 1971 UST set on First Day Cover
The UST Colleges of Education and Science both celebrated their 50th anniversary in 1976, when another commemorative set was issued. I remember going to the Main Building (I was a Mechanical Engineering student then) and buying some sets which my meager allowance could afford.

1976 set
In 1988, the UST Graduate School celebrated it's 50th anniversary and the Bureau of Post issue this single in sheets of 100 and mini sheet of 6. 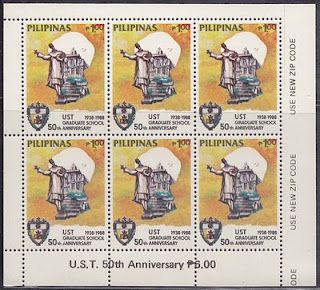 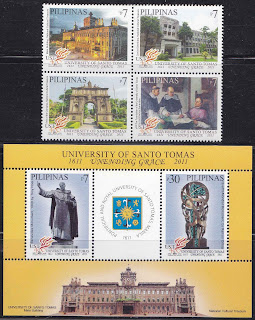 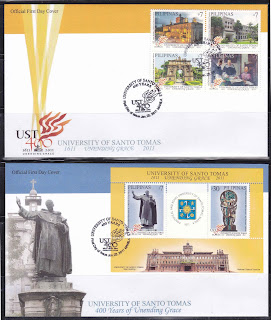 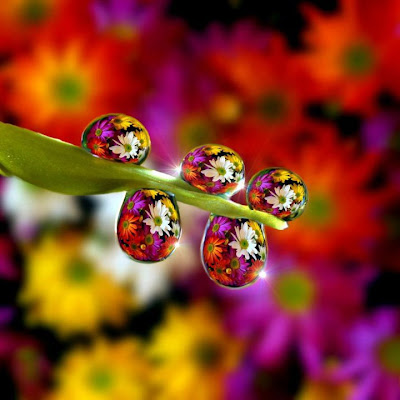 The dewdrops of nature, like billions of eyes, each looks at the same world, but none in exactly the same way. We appear in nature in the same manner, different to every beholder.
-- William the Henry
Posted by William Pogi Chua at 6:01 PM 2 comments: