It is the particular penalty of those who pursue strange butterflies into dark forests, and go fishing in enchanted and forbidden streams.
-- H.L. Mencken, The Divine Afflatus 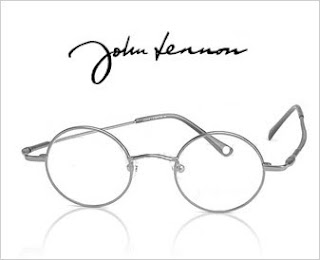 Time you enjoyed wasting was not wasted. -- John Lennon

Obviously Google Ads can't make heads or tails of what I inflict on this site. Looking at the right margin of this page, I always see ads about Jesus -- the history of his death, how he loves you, ad infinitum (unintended but good pun); also two ads about God, at least mitigated by a topic I can tolerate -- "Is there life after death?" (It's a big yes for Jesus.) But I hate it when they mix religion with astronomy, The Big Bang, and DNA. Having mentioned key words like Jesus and God here, I'm sure those Google Ads will remain. At least the bottom ad, like "Have fun killing flies," provides fun and relief. Still, this reinforces my observation that Google Ads is lost as far as my way of thinking is concerned.
Hehehe.
Suppose I discuss John  Lennon here? Will Google read this and post some ads about him and the Beatles? We will not know unless I try, huh? Well, here we go:
Recently, taking a break from Ishmael's whale and Pip's great expectations, I pored through The Beatles Anthology, a big, heavy and costly book (it's worth the money, by the way), and read some pages about Lennon. This, naturally, tickled some molecular brain cells, which quickly pulled out from dusty drawers of memory random tidbits about him, his songs, his opinions about music, and his attitude toward life.
For example, Lennon was not sure about the merit of the lyrics he wrote for Across The Universe, although he obviously loved it. In a Playboy interview  in the January 1980 issue, he said he is leaving judgment to posterity.
Words are flying out
like endless rain into a paper cup
They slither while they pass
They slip away across the universe...
Thoughts meander like a
restless wing inside a letter box
They tumble blindly as
they make their way across the universe.
Lennon had in separate instances expressed great fondness for the lyrics of this song, but he was going through a bad time then and had lost the confidence essential to an artist's ability to create good stuff.
And like many inheritors of the Great Craft, he sometimes borrowed from the old masters. Because, which appeared in the Abbey Road album,  was based around the chords of Beethoven's Moonlight Sonata, which Yoko Ono was playing on the piano one day. So I listened to the sonata, and, as Lennon pointed out, his song sounded like Ludwig's, too.
Close your eyes to the music and we are in 1801, the tormented master playing Piano Sonata in C♯ minor, imagine a woman, dressed in the fashion of the period, seated in the room and listening. Through the darkness outside the window, the moon is full, but the pavements  can only be glimpsed by the feeble lights cast by the streetlamps...
Every streetlamp
seems to beat
a fatalistic warning...
And the past stretches to the present, where we find a Japanese woman playing the old song; her famous husband, lying on the sofa, asks her to play the chords backward. She does, and an improvised sonata makes it to the Beatles' last album.
In Lennon's interview that January 1980, he remarked, "...And come to think of it, it looks like I'm going to be 40 and life begins at 40 -- so they promise. And I believe it, too. I feel fine and I'm very excited. It's like, you know, hitting 21, like, 'Wow, what's going to happen next?...'"
What happened next was that he celebrated his 40th birthday on October 9 that year, and before the year was out, four bullets snuffed out his life in New York on December 8.
Dream is over. 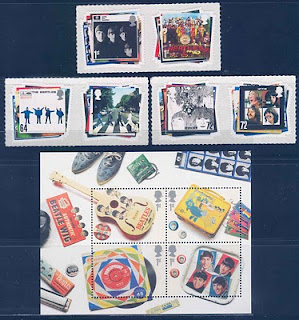 Google ads sometimes do that for variation of topics, but i sure do hope they are far better organized right? Thanks for this blog, I have a message for you re Aquino stamps.

Actually, I really like Google Ads and other supporting devices that encourages bloggers like me.
Thanks for taking the time to read this. Now I will go to the Aquino stamps topic.