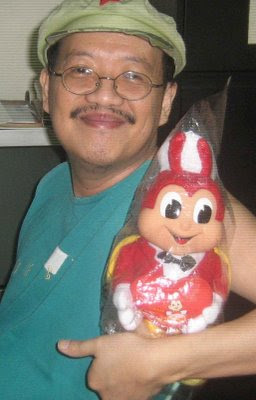 A bee, round and fat, hovered and dipped into a small flower in our garden. The garden, as I call it, was very small, but it was all the world to the bee.

I did not hear his buzz, but I did feel the contented peace that made the bee choose our garden as his sanctuary.

Outside, the muffled roar of jeepneys ferrying people to work intruded from time to time. It was still early morning, and globules of dew – to the bee’s consternation – still clung to the petals of the flowers.

The flowers, except for a few roses, are an ordinary lot, contributing their share of colors in small patches here and there. I don’t know if the bee was guided by the colors or by the nectar, but as it hovered and dipped into the flowers, I realized that I, too, discovered a patch where I could take refuge when things get a bit too rough outside.

The bee, as he bumbled in the garden, accommodated me. Perhaps he got used to seeing me there every morning. As the sun rose, bright but not too hot, we shared a patch of time when we did not have to hurry -- we had the leisure of existence.

I was a bit frightened: I thought things like these did not exist anymore.

But I know it will not last; good things never do. The sun’s ray turns too hot and the bee has to go, taking his nectar with him. As with everything that lives, the bee is accountable to the price of existence -- Work. 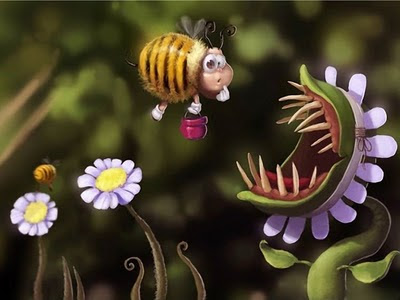