"My theory is that the human species is getting worse, not better. I believe, so to speak, in an evolution in reverse. The last man on earth will be both a criminal and a madman." 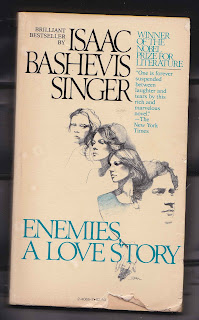 It's strange, I'm doing now what I shirked in my high school days: I'm doing a book report, in a lazy way, though. I just extract some portions of the book that leaves a deep impression on my way of thinking, to remind me of what the book is about and why it is important. My way is haphazard, whimsical, fun.

Books that used to bewilder me in younger days are now clear and friendly, their information flowing freely into my mind, informing, beguiling, prodding. If you are prepared, you get to understand and play the delightful game of life.

Sometimes I get some answers, and usually those answers lead to more questions. A never-ending thread that leads somewhere, to the indefinable last frontier if you pursue it long enough, if you last long enough. Great men have tried and failed. I don't even know how to begin.


To fully appreciate this 240-page novel, you must have gone through volumes on Philosophy (Singer quotes Spinoza and Schopenhauer); the Jewish, Catholic and other religions; World History ancient and modern, including World War II (particularly about the Holocaust); astronomy, biology and, of course, literature. If you are good in Math, it will be wasted here.

Since all the major characters in this novel -- Herman Broder and his three wives -- are survivors of the Holocaust, they provide a deeper look into what really happened in the Nazi concentration camps and into Stalin's equally murderous treatment of the refugees. Spielberg and Tom Hanks lifted part of the veil in Schindler's List, Saving Private Ryan, and Band of Brothers.  Movies like The Pianist and Sophie's Choice added their share.


Anyway, here are some parts of the novel which impressed me.


"In Herman's private philosophy, survival itself was based on guile. From microbe to man life prevailed from generation to generation by sneaking past the jealous powers of destruction. Just like the Tzivkever smugglers in World War I, who stuffed their boots and blouses with tobacco... so did every bit of protoplasm, or conglomerate of protoplasm furtively traffic its way from epoch to epoch. It had been so when the first bacteria appeared in the slime at the ocean's edge and would be so when the sun became a cinder and the last living creature on earth froze to death, or perished in whichever way the final biological drama dictated."

Shades of Lewis Thomas, the physician-essayist whose books, The Lives of a Cell: Notes of a Biology Watcher and The Medusa and The Snail, delighted and influenced me in the '80s.

"We leave traces of ourselves wherever we go, on whatever we touch." That's Thomas, combining mundane existence and small-scale biological observations.


"We are, perhaps, uniquely among the earth's creatures, the worrying animal. We worry away our lives, fearing the future, discontent with the present, unable to take in the idea of dying, unable to sit still." Vintage Thomas.


In turn, Singer points to a passage in Psalm: "Be gracious unto me, O Lord, for I am in distress. Mine eye wasteth away with vexation, yea, my soul and my body. For my life is spent in sorrow, and my years in sighing. My strength faileth because of mine iniquity and my bones are wasted away. Because of mine adversaries, I am become a reproach, yea, unto my neighbors exceedingly, and a dread to mine acquaintance."


Singer, speaking through Herman in the novel, observed: "How was it that these sentences fitted all circumstances, all ages, all moods, while secular literature, no matter how well written, in time lost its pertinence."

Only those who encountered danger and survived death can fully appreciate the fragility of life. "Animals had accepted the precariousness of existence and the necessity for flight and stealth; only man sought certainty and instead succeeded in accomplishing his downfall."


In a world where murderers, who had played with the skulls of children they murdered, sipped beer from steins and sang hymns in church, " The Bible, the Talmud, and the Commentaries instruct the Jew in one strategy: flee from evil, hide from danger, avoid showdowns, give the angry powers of the universe as wide a berth as possible."


Paul McGrath, in his review of the book, said: "Mr. Singer, who is a careful and deliberate observer, but who never passes judgment, expresses opinion, or provides explanation. His characters are sharply defined. Their conversations are loaded with meaning, and sometimes that which is not said speaks more loudly than that which is."


For instance, Herman Broder and his third wife were walking to the subway station at Sheepshead Bay and he saw some boats returning from early dawn trips to the sea. Describing the scene, Singer thought: "Fish that a few hours before had been swimming in the water now lay on the boat decks with glassy eyes, wounded mouths, bloodstained scales. As often as Herman had witnessed the slaughter of animals and fish, he always had the same thought: in their behavior toward creatures, all men were Nazis. The smugness with which man could do with other species as he pleased exemplified the most extreme racist theories, the principle that might is right."

All these for the P29 I paid for the secondhand book by the first-rate author. In a country where no one is really functionally educated, masterpieces languish while silly novels like Harry Potter and Twilight sell by the millions. Well, this planet has always been regulated by the lowest denominator in terms of intelligence and ethics, so the slaughter continues.

"...
The blood-dimmed tide is loosed, and everywhere
The ceremony of innocence is drowned;
The best lack all conviction, while the worst
Are full of passionate intensity."
..."
-- The Second Coming, W. B. Yeats 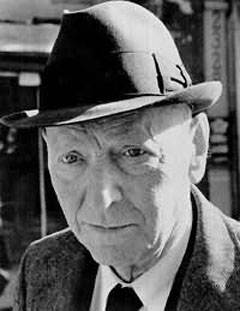