Deaths in the countrysides 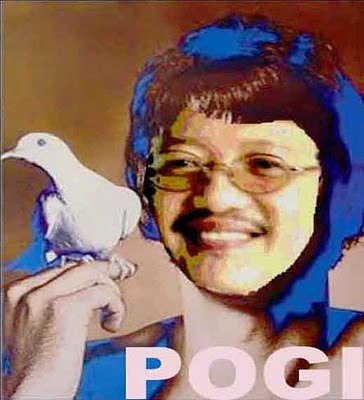 One morning, in a small hut in a small farm in the countryside, a boy was dreaming of the glory of war he had seen in a film -- particularly of the scenes, in black and white, where the good guys shot the bad guys. Then a noise outside roused him from his reverie.


The noise was caused by a branch heavy with coconuts cracking and crashing to the ground. As the boy went out to clear the debris, he saw among the coconuts the scattered straws of a nest, three bird eggs, their shells cracked open by the fall, and one baby bird thrown off its shattered shell.


The baby bird had its mouth open in the silent scream of one who had been born too soon, its eyes still closed, to a world to which it arrived unprepared. The soft, tiny flesh, nestled in the boy’s small hand, quivered.


The boy gently touched the wide-open mouth with his little finger, and small feeble beaks softly closed upon it. It didn’t hurt, but somewhere deep inside, the boy felt a spark of pain.


“Are you hungry?” the boy thought. The eyes remained closed, the mouth was still open – trusting, waiting. Then the boy realized the bird was dying.


"Where is your mother!” It was the boy’s silent scream. “She doesn’t know…”


Quickly he wet a little finger in a small tin of water and gently let a drop into the bird’s mouth.


With a fingernail he cut a sliver from a grain of rice and turned to feed the pulse of life in his palm. Then he realized it was too late.


He plucked a leaf and covered the lifeless body. He left it under a mango tree just starting to grow, its parted seed still clinging on to the stem that served as its trunk.


The boy turned his back, his eyes stinging with tears of indignation. He knew that along with the bird, he had lost something valuable.
***


One afternoon, a burly man crouched behind a boulder in front of a hut in a farm in Tucaan Balaag, Davao del Norte. His companions had already spread out, their camouflaged uniforms blending with the bushes and trees nearby. Their M-16s were pointed at the hut.


Inside the hut nested four rebels -- one pregnant woman and three men -- who had just come in from the rain the night before. They left their wet clothes and shoes outside to dry, a mistake that would cost them dearly.


Unknown to them, a comrade they had sent to get some supplies in the poblacion was caught by the military. He was “persuaded” to lead the soldiers to the hut. The rebels’ clothes and shoes outside the hut betrayed their presence.


Inside the house, the rebels took cover and assumed battle positions. Their commanding officer stood by the door and shot it out with his AK-47.


After the shooting stopped, the bodies of the CO and one other rebel lay dead amidst the scattered debris in the hut. Barrio folks carried the corpses to Tagum town.


The pregnant woman and the other guerrilla were wounded but alive. They were taken outside: they huddled under a coconut tree while the soldiers deliberated on what to do with them.


They decided not to bring anyone back alive.


The woman was shot first, her body with her unborn child was left under a coconut tree.


The remaining guerrilla was led to a nearby tree; the burly man shoved a .45 in his mouth and pulled the trigger. The bullet shattered the back of the rebel’s skull and, exiting, scarred the trunk of the mango tree that was just bearing fruit.


“He was a sparrow, you know,” one of the soldiers told the executioner.


The burly man merely turned his back and walked toward the hut.


That night, in another hut in a farm in the countryside, a man thought about the gory war, where the red blood flowed when the good guys shot the bad guys.


But he was not thinking of the dead sparrow at all. In fact, nothing much had moved him since that day a long, long time ago, when he was a boy, when he saw a little bird die.


It was a bitter lesson he had learned that day. He knew that when he gained the wisdom of the world, he lost his innocence. 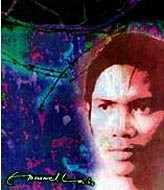 
Note on the story: This is a blend of facts and fiction. Part 1 really happened: I was the boy. In Part 2, the burly man who shot Eman was a creation of my mind. The real executioner was a captured comrade of Eman, who was given a gun by their captors and forced to shoot him. The encounter and other details are factual. For what really happened to Eman and other details, go to http://www.bulatlat.com/news/2-44/2-44-brownrimbaud.html, where I got his image.

Image of bird I snitched from a Beatles photo, which I retouched.