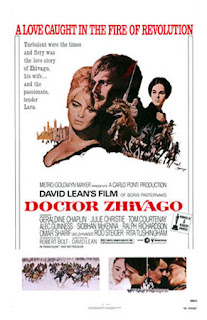 THERE ARE IN THE www several presumptuous sites listing what they claim are the best 100 movies (1) of the century, (2) of the millenium, or (3) forever.

At the top of the lists usually are Casablanca, Citizen Kane, Gone with The Wind, Dr. Zhivago, etc. People of my generation will agree to most of the choices, and even add more oldies like The Good, The Bad and The Ugly; The King and I, Ben Hur and even some Chaplin creations.

Then there is the gory generation, whose denizens venerate the dismemberings in The Terminator films. They collect DVDs of the Die Hard, Resident Evil, Kill Bill series, aside from the now classic Sin City, Terror Planet, and Apocalypto. I belong in this generation -- I escaped from the older one and have to lie about my age so I too can relate with Spider-Man, Batman Returns, Iron Man and Fantastic Four.

I must be forgiven for not understanding the fascination over Star Wars, Lord of the Rings, Harry Potter and Narnia, films I will gladly ignore in favor of the first two Godfather epics, Saving Private Ryan, Schindler's List, The Pianist, Flags of My Fathers, Letters From Iwo Jima, Unforgiven, The Gladiator, The Exorcist, Blood Diamonds, No Country For Old Men, Slumdog Millionaires and even most Schwarzenegger fun thrillers.

Less known but much loved (by me) are Terms of Endearment, Tender Mercies, The Prince of Tides, The Silence of the Lambs, Dance With Wolves, Driving Miss Daisy, The Last Emperor, Moonstruck, Gandhi, The Sting, Fiddler on the Roof, Around The World in 30 Days (1956), Breakfast at Tiffany's, All Quiet On The Western Front, Before Sunrise (see trailer of this film somewhere at the right side of this blah-blah), Before Sunset, to name a few.

Like a murderer who feels no compunction about life, my mind goes blank in front of A Streetcar Name Desire, From Here To Eternity, On The Waterfront, West Side Story, Bonnie and Clyde, Chinatown, Deliverance, One Flew Over The Cuckoo's Nest, Jaws, Grease, Rocky, Kramer vs. Kramer, Ordinary People, Raging Bull, and many more for which, naming such venerables, I will be comdemned to a boorish category.

And since I value more the esteem my relatives, friends and some co-species, I will not comment on Twilight -- the movie or the book. Let Shakespeare's "devouring time" take care of the matter. Life is short.
Posted by William Pogi Chua at 11:21 PM

Not commenting on Twilight is a good thing. You escaped the fangs of bloodsucking fans :) Oh, Edward!