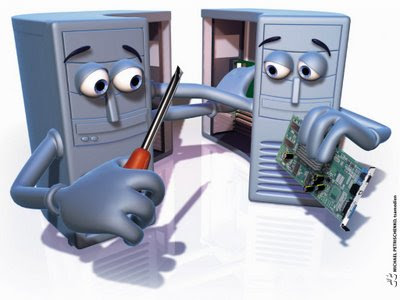 I had to reformat my computer yesterday because a very persistent and potent online virus, System Security, embedded itself on my PC.

CCleaner, McAfee, Norton are no match for it. I was advised to access AVG, an anti-virus program, and download it. When I typed AVG.com in the Google search box, the virus simply wiped out all open windows I was working on at that time, including Google. Same thing with Yahoo search.

I tried Firefox -- the virus popped out a message that its firewall has just prevented a certain virus from accessing my credit card information; the source of the virus? Firefox! That's when I became certain that System Security is not a protection system, it's an extortion program.

Almost every minute, different pops-up disturb my online work, and you have to click Yes, I want to leave my computer unprotected from at least 38 viruses it found in my site (expletive, expletive!), and then it goes away -- to return a few minutes later, insisting that for only $59, you can be protected by System Security for two years. Lifetime protection (or extortion) is a bargain at $89.99 because of the 60% discount.

You cannot remove it from the Control Panel either: its icon -- shield-shape with diagonal lines on yellowish-orange background -- can be removed, but the program stays. After you close your computer, you see its icons on your window and control panel again when you reopen.

I asked a friend who once headed the MIS (Management Information System) at the Journal Publications to help me. Neri Torrecampo, who now heads the company's Pre-Press Production, came after work last night. He first typed in AVG.com at Google and in a blink the Google window was gone.

Then he brought out an AVG program in a disc to manually download AVG in my computer. The System Security icons disappeared, so we sighed a collective relief. Then, I said I found the virus, after my coping with it for two days, very wily. So Neri typed in AVG.com on Google, and Google was gone. The virus was only pretending it's gone!

So Neri had no option but to reformat everything. We finished at about 12:30 in the morning and Neri went home to wife Miriam (Hi, Yami!) and their kids.

So I can blog and go to ebay again.


For those who have the same problem, you can contact Neri, who gave me permission to post here his name and cellphone number > 09065594180.