I used to grouse about how messy human affairs are in this planet, and Leena would tell me to go to another, and I'd say, "If there's really that alternative." When I reached junior age -- you know, the age when oldies with extreme denial refuse to join fellow earthlings who own cards exempting them from paying (1) taxes on maintenance medications, (2) fees on movies, on certain days, (3) for deadly foods in mall eateries -- I learned to relax, the way only Type A (I think I'm triple A) goonies can: no more shouting so the cats in the room don't scurry to the clothes hamper, accepting mistakes without trying to melt the offender with imaginary Cyclops eye, calmly clicking to another channel when Duterte or a representathieve appear. I have mellowed, or I'm melting; either way, it's a way out of stress.

Lately, with movie channels swamped with Harry Potty, Divergent and Percy Whoosis series, there's no alternative truth to be found except in books. (Ok, there's video games, Duterte yakyaks, Trump behest truths, Kardashian reality, but I limit myself to books.) I'm almost done rereading Sagan's book, have seen the Hubble telescope pictures of galaxies billions of years outside our solar systems, pictures which would have astounded Aristotle (who calculated the Sun is 5,000 miles above the Earth, just a little bit off, by about 91,995,000 miles), Copernicus, Galileo, Hershel, Kepler, Newton, Halley, Einstein, Hubell, Hubble, Feynstein. Even Sagan, who died in 1996, would have been impressed by the Eagle Nebula, estimated about 13 billion light-years away -- meaning, it will take 13 billion years at the speed of light to reach that Nebula, which is about 7 light-years high. Which also means that photons (particles of light), to travel that mind-deranging distance, are indestructible. Also, what we have seen happened was 13 billion years ago; by this time, that nebula may have already given birth to unimaginable numbers of stars and planets and has dispersed to a totally different shape.


One chapter of Sagan's book near the end deals with the inevitable question dealing with creation: What about God? For most scientists and some philosopher, God is not the outsized, Caucasian male with long, white beard micromanaging in his throne somewhere up there the fall of every sparrow's feather. Baruch Spinoza and Albert Einstein, Sagan points out, "considered God to be essentially the sum total of physical laws which describe the universe." John Lennon was more cynical, "God is a concept by which we measure our pain." They were the tactful ones, compared with Mark Twain's attack on religion in a book he asked to be published years after his death, or the blistering commentaries of Ingersoll, Schoppenhauer, Shaw, Bertrand Russell, Mencken, Ayn Rand, and of course Marx, Engels, and Mao, to name a very few. Anyway, religion should serve as a succor, a brief surcease, from the insanity brought about by humans dealing with other humans. There were knights in ancient crusades who slaughtered people who did not believe in Christ, mainly Muslims. Now it is the Islamic fundamentalists grouping up to destroy Western civilization in the name of Allah. The monstrosity of 9/11 scorched my mind, but now, when I see how the Americans elected an insane gremlin as president, I imagine a sequel to White House Down, wherein the terrorists win for a change. (I'm aware that before Trump, we in this Banana Republic showed the way by electing our own madman. This time a green card offers no asylum.) Headache beckons, so back to space...
Scientists have discovered that the universe is expanding, at a very fast rate, and away from the viewer, all receding from Earth, it seems. I'm very much tempted to offer my Pogiistic wisdom -- If I were a chicken, a pig, a cow, a fish, seeing the proliferation of all those McDonald's, Jollibees, Burger Kings, KFCs and other centers for carnivores, I certainly would escape to the next planet, even if its red color from a distance reminds me of the incessant slaughters here. But Mars up close is coffee-colored rocks, hills, ravines, valleys, mountains and volcanoes -- a Starbucks planet. However, this will be invaded by the technologically adept carnivores soon. Already, plans are being hatched to bring to reality what was in the realm of the science fiction of the 1950s. The technology to take Flash Gordon (or Digong Duterte, if you wish) to the Red Planet is available now; however, the information for the human pioneer to survive the atmosphere of Mars is not. Simplifying a lot, a space buggy from here, at a velocity of 36,000 mph, should take about six months to reach Mars. (If you take the EDSA detour, add at least 10 years to your ETA.)
So there you are, the pebbles of Mars at your feet, the mountains like mounds of Cappuccino awaiting a barista, except there's no other species around, not a mulcting traffic cop, no ugly congressman or similar thieves, no bird singing, not even a worm for fishbait or fertilizer to nonexistent flowers. What to do? Return, of course, and appreciate the human noise and sweat, the pretensions high or low, motives malign or benign; mix right in, carry in your belly shredded meat (legs by which chickens used to strut with, goose liver, scorched skin of pig whose agonized face you ignore, belly of mother tuna whose kids died of starvation), wear skins of cute and fattened and slaughtered minks or ermines to keep you warm, entrust your hard-earned money to politicians you loathe. Or just shut up and read -- There is no frigging frigate like a book. 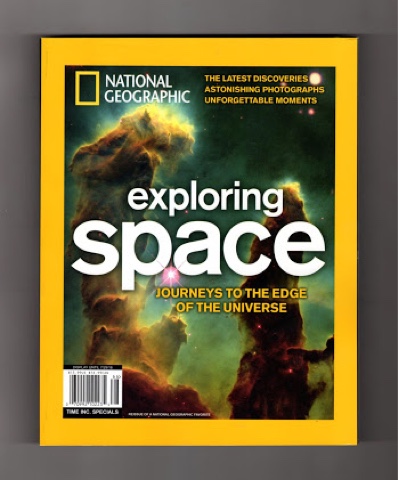